Emotional intelligence is spoken about frequently in organisations, leadership development and soft skills training. It is considered the ultimate skill set that somebody requires to gain promotions into supervision, management and leadership roles. It's discussed in 360 reviews and performance coaching.

The reason for this is that the benefits of emotional intelligence to an organisation have a direct impact on employee engagement and retention while also being able to be traced back to profit margins.

Some would go as far as saying that emotional intelligence reduces the likelihood of bullying in the workplace and the consequential lawsuits that might follow for workplace bullying alone is valuable.

The benefits for the individual is that they are equipped to progress in a way that works well with others and facilitates them having insight and understanding into different dynamics at play within the workplace.

Developing ones own emotional intelligence can have a direct impact on how safe we feel with others and on having our needs met in relationship to others.

What we don't often think about is why some people develop emotional intelligence and why others don't develop it.

This might sound counter intuitive and in a way it doesn't make sense and yet I see it again and again. An example of this is asking leaders to be better listeners and then the same leaders who are being asked to listen more effectively feel unheard with their peers or with their seniors.

Another example of this is asking people to be more empathetic to practise reading the situation better and at the same time telling people to speak up more and push forward on a particular task or agenda.

Being emotionally intelligent and developing that intelligence within ourselves requires us to meet a level of resistance. That resistance is that if emotional intelligence is so important then it would be socially taught like most of the other social skills, such as shaking your hand. Very rarely do we have classes in shaking hands or classes in how not to speak to somebody but we all know how to shake someones hands and we all know what's appropriate or inappropriate in terms of speaking to somebody. Yet emotional intelligence is one of the main qualities that coaching and development work invest in. We have to ask ourselves why?

In my experience the why is actually very simple, we all perform at the level that is accepted. This is true for us individually, if the people in our lives have a certain expectation of us we tend to perform to that level in some way. That's why with one friend we might be more conscious or careful of their feelings while with another friend less not because we are any different or our emotional intelligence is any different. Instead its because in that relational dynamic there's a different standard.

In a team if we say we do one thing but we clearly accept another level or another standard then we will have to train people to develop that skill because it isn’t being rewarded, appreciated or role modeled.

So in team coaching a big piece is to figure out what's the norm, what's our standard, what's our expectations of this interaction and most importantly what is the quality of our conversations.

As you can imagine if our emotional intelligence is high and the quality of our conversations will actually be deeper because we will be more available and more insightful in our conversations.

Then at the organisational level, while emotional intelligence might be what it said and requested it may not be what is expected respect it or valued. This is often where senior leadership teams get called out requesting one thing of their their managers and leaders and behaving in a way that is different.

This is often where senior leaders who have high emotional intelligence may also struggle to remain within an organisation because they may be role modelling behaviour that isn't being valued, respected or expected and that can be misconstrued as something else.

An example of how that could be misconstrued is, as a leader who is empathetic and understanding in the wrong organisation could be perceived as weak or easily manipulated by someone who doesn't value the emotional intelligence of empathy and understanding.

Another way is that if we are developing our emotional intelligence we tend to judge less, to listen more and desire to understand the other position or point of view . This can be a big issue in meetings where you're also being asked to push for your agenda. If we go into a meeting and everybody's having to stand over their agenda and you're the only person in there demonstrating emotional intelligence, making an effort to understand and hear then you may not actually be able to complete your task.

What can we do about this? There's a few things we can do to understand …

There is a very valid reason why emotional intelligence may not be the norm in our organisation in our relationships or in our life.

I don't mean that we say we appreciate it and then go on to judge it secretly I mean we actually bring some awareness to why it might be harder to be emotionally intelligent in these settings than in others.

With this insight we can use our emotional intelligence to figure out effective ways to engage in that environment without sacrificing our empathy, awareness and insight or putting ourselves at harm by not being able to integrate and engage with the culture as it is.

On an organisational level if we're training emotional intelligence then we need to ensure that it's being role modeled from the top down and bottom up, we need to be hiring people who value development, empathy, the opinions of others and are tactful in how they share their opinion and perspectives.

While we can do tests to assess how emotional intelligence someone is and we can do a lot of the psychometric testing we can sense a lot of this in the interview process if we ask the right questions like “what has been one of the most challenging relationships you've had and why was it challenging?" Or “what is the thing that you think you do really well that influences others and what is it that you need to work on more to have more of an positive impact on others?”

Emotional intelligence is fundamental in effective working environments and for individuals to feel capable and able to be themselves and effective in their lives and work.

There's no doubt about this for me. In my experience however I'm also aware that we don't train emotional intelligence we build the capacity of individuals, teams and whole organisations through role modelling, valuing, rewarding, appreciating, respecting and engaging the qualities of emotional intelligence throughout our working day, everyday.

Leadership Coaching and Organisational Consultancy can help your organisation develop the emotional intelligence in your people and organisation.

You can book a free consultation to discuss your next steps. 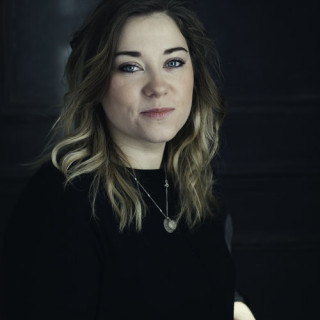