In 2017, while doing research for my Master’s degree in coaching, I came across a promotion for the 7thAnnual Coaching Supervision Conference being held at Oxford Brookes University in Oxford, England. Intrigued, I registered and flew over to what would be a transformative experience and one that would forever change my understanding of continuous professional development in coaching.

What is Coaching Supervision (CS) and why had I not known of it until that fateful day in 2017*?

Like most certified coaches in North America, I (in 2008) had attended an International Coach Federation (ICF) accredited coach-training program which only included mentor coaching as part of my further development.  ICF mandates a minimum of 10 hours of mentor coaching for coaches initially seeking one of three ICF certified designations (ACC, PCC, or MCC). While mentor coaching certainly helped me with the understanding and the application of ICF’s 11 Core Competencies and Code of Ethics, it did not fully address the complexities of the realities of coaching challenges (which frequently falls beyond the scope of coaching skills and competencies).

For example, while my coaching clients expressed noted improvements and higher degrees of satisfaction in both their personal and professional lives as a direct result of my coaching them, there were times when I found myself disappointed and self-critical of my coaching performance. Yes, I had adhered to the foundational framework of ICF’s 11 Core Competencies and Code of Ethics; and yet, I sensed that I had not fully performed to the high expectations of my desire to be the perfect coach.

Happily, as I was to find out at the Coaching Supervision Conference, I was certainly not alone with these sentiments! Indeed, this issue (amongst many others) is all too common for professional coaches who, especially when working in 1:1 coaching sessions, have only themselves with whom to have an inner dialogue about their own post-session reflections (and doubts). This is where having a Coaching Supervisor is of tremendous value.

Working with a Coaching Supervisor helped me realize that, while my emphasis on being focused on being a competent coach was a “positive”, it also was a “negative”, as evidenced by my occasional post-coaching-session state of dissatisfaction; a blind spot which the Coaching Supervisor surfaced and allowed me to explore in a supportive, non-judgmental manner.

Was it possible that I was putting too much emphasis on my own performance versus the needs and outcomes of the client? Were my high expectations of myself also being projected onto the client? If so, could it be that the client was (un)aware of this pseudo-unwritten contract I was imposing into our coaching relationship? What impact was it having on both me and the client, and the client’s coaching topic/outcome?

During the conference, I had the great fortune of meeting many of the pioneers in the field of CS, especially Tatiana Bachkirova and Peter Jackson, who encouraged me to apply to their CS training and development program. Fortunately, I was able to secure a spot in the 2-year program.

As a result of the conference and the subsequent training in CS, I was welcomed into several associations and groups of coaching supervisors, including Terry Hildebrandt, who will be the guest blogger in next week’s posting. No doubt, he will further describe the importance and benefits of what he has dubbed “Super-Vision”, reflecting the emphasis on perspective and insight generation.

As for me, I am conducting individual and group coaching supervision sessions for ICF-certified coaches as part of my, and their, continuous professional development. I encourage all coaches to at least try it. Who knows, you too may find it to be truly transformative!

*In 2018, ICF embraced the role and function of CS, recognizing and accepting it for up to 10 CCEs. To know more, please visit  https://coachfederation.org/icf-credential/professional-development or contact me at [email protected]. 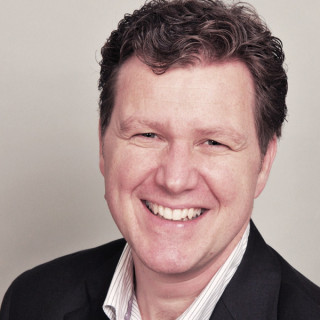