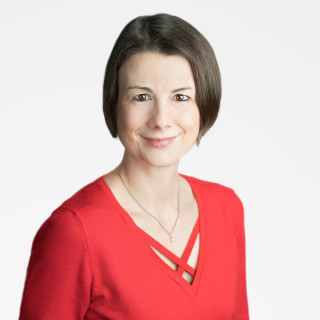 Stephanie is a senior learning and development manager and internal leadership coach at Google. During her tenure at Google (16+ years) she has led regional and global teams in online sales and operations as well as Learning and Development. She has established trusted client relationships, influenced senior stakeholders, and has managed complex programs across multiple functions and geos.
Stephanie works as an executive coach internally and she also has a small external practice as an Executive Coach and OD Supervisor. She is also part of the adjunct faculty of Google’s internal executive development school and has led and set-up Google’s global organisational supervision strategy.
Stephanie is actively involved in the coaching community in Ireland and across Europe and was a board member of the Association for Coaching in Ireland from 2012 to 2016. She currently holds membership with the EMCC.
Stephanie is originally from Germany and lives with her husband and two sons in Dublin, Ireland.

Stephanie holds a MSc in Executive Coaching (with distinction) and a Postgraduate Diploma in Organisational Supervision from Ashridge HULT Business School (with distinction).
She is also an accredited executive coach and accredited OD supervisor with Ashridge HULT.
In addition, she is co-author of the book "Behind Closed Doors - Stories from the Coaching Room" (Libri, 2013).
Stephanie is also certified in multiple psychometric instruments such as EQi, Discovery Insights, Hogan and TIFF.

In her role as internal and external executive coach Stephanie has conducted 800+ coaching sessions. Examples of her recent work include:
Coaching a group of directors on the topic of leading in complexity
Working with a senior finance leader on his presence and assertiveness
Working with a sales executive on his authentic leadership style and build rapport with his team
Working with an engineering executive on his next career chapter
Working with a country director on systemic awareness and her role in the organisational system
Working as a coach as part of the adjunct coaching faculty at Ashridge Business School

In her role as supervisor Stephanie has internal as well as external supervision clients and she is the founding member of the global OD supervision practice at Google.