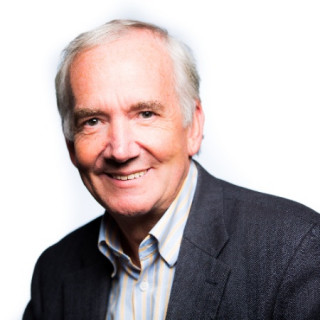 Peter Hawkins, Professor of Leadership at Henley Business School, Emeritus Chairman of Bath Consultancy Group, Chairman of Renewal Associates and the Centre for Supervision and Team development in Bath, has been an international pioneer and thought leader in supervision since his first publications in 1978. Peter is also an AOCS Honorary Member.

His seven-eyed model of supervision (1985) is the most used supervision model internationally and he has pioneered supervision in the fields of, coaching, team coaching, psychotherapy, counselling, and across many of the helping professions.

He leads the Bath Consultancy Group Certificate programme in Coaching Supervision bathconsultancygroup.com and the AoEC Master Practitioner programme in Systemic Team Coaching: www.aoec.com/individuals/courses/systemicteamcoachingdiploma He has also supervised several doctoral and other research studies in Supervision.

Peter is also a leading writer, teacher and practitioner in Leadership, Executive Coaching and Board and Leadership Team Coaching. He has coached a number of boards and senior executive teams to develop their vision, values, collective leadership, and strategy for the future, both in commercial companies, Governments, large professional organisations, and large and small charities.

He is Honorary President of the Association of Professional Executive Coaching and Supervision (APECS) and elected honorary member of the French Foundation for Supervision. He is also a fellow of both the Royal Society of Arts and the Windsor Leadership Trust and Visiting professor at several universities.


He is the author of many books, book chapters and papers in the fields of supervision, coaching, team coaching, leadership and change including:

Based in: Bath, UK