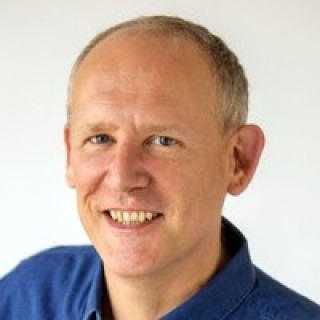 Paul is a coach, facilitator, change consultant and researcher.
Paul is a qualified coach supervisor, trained at Oxford Brookes University. He supervises individuals and groups, both in Australia and overseas. Paul's company CCO offers coach supervision training in Australia working closely with Oxford Brookes. Paul teaches coaching on the Masters of Business Coaching program at Sydney Business School (University of Wollongong). He has written various academic articles, magazine articles and book chapters.
His first book, Leading Change: How successful leaders approach change management was published by Kogan Page in December 2014, Coaching in Three Dimensions was published by Routledge in 2018, and The Tao of Dialogue was published by Routledge in January 2019.
He has more than 20 years experience working in organisations. He worked for a multinational energy company for 14 years where he performed roles in marketing, operations, finance and strategy, culminating in the role of GM for a Tokyo-based retail business in the energy industry.
His experiences included setting up new retail operations in Spain, a joint-venture company with a large grocery retailer in Portugal and playing a leading role in establishing a new retail business in Japan.
During his time working for BP, the company more than doubled in size, engaging in multiple joint venture and acquisitions. This period of sweeping change, grounded Paul in change management, and formed his approach to helping leaders navigate the challenges of working in a complex and ambiguous environment. Since migrating to Australia in 2003, Paul has played senior roles in the entertainment and financial industries.
Paul has been coaching leaders across different functions and industries since 2007 and has over 3,000 hours of coaching experience, working with individuals, groups and teams. He has coached in some of the biggest organisations in the world, ASX100 companies, smaller business, not-for-profits, NGOs, health, education and government. Paul is one of 12 coaches selected by the global organisation Ethical Coach to provide pro-bono coaching services to NGOs in Ethiopia.
Paul has four children and in his spare time writes rather gory historical fiction.
Paul is AoCS's Ambassador in Australia so please contact him if you are seeking a supervisor, or wish to enquire about joining AoCS.

Based in: Sydney, Australia

Countries I can work in