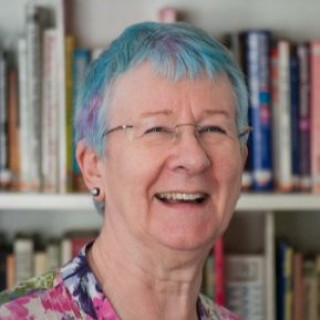 Julie began coaching managers about 40 years ago – and has a background in corporates and government bodies followed by consultancy since 1986. She also has experience as a volunteer psychotherapist in high security male prisons, and has completed a DProf about the dynamics of professional associations.

Within the TA community, she is recognised as the initiator of the developmental school, which differentiates itself from TA psychotherapy by focusing on development rather than cure, and positive psychology rather than pathology, and around which Julie leads an MSc programme.

Julie was one of the five original founder members of the EMCC, where she was influential in establishing the pan-European Board and served as President 2006-8. She also leads the International Centre for Developmental Super-Vision and is the Editor of the International Journal of Transactional Analysis Research & Practice.

Julie has trained and supervised practitioners and supervisors in many areas of the world; she still travels a lot but now also works online extensively, running webinars as well as providing one-to-one and group sessions.

Her style of supervision is indicated by the use of the hyphen – she aims to help the supervisee develop their own ‘super vision’, or meta perspective, of their own practice.

Those who have watched her in action will have observed that she challenges supervisees to expand their awareness of self, client, other parties, the context and the process! At the same time, she is able to refine complex theory into manageable frameworks that are easy to understand and apply.

Based in: Hertford, UK