When starting our journey to become qualified supervisors, the cohort I was a member of spent some time discussing what was the difference (if any) between supervising and simply coaching a coach. As we progressed through the programme, and particularly as we practised supervision amongst ourselves and reflected on that together, the differences became clearer and clearer; and it was summarised in the idea of 'a conversation between professionals.' When coaching, one need not be an expert in the discipline of the coachee. I coach Vice Chancellors of Universities, for example, but could not possibly do their job. But when one supervises a coach, one needs to have expertise in coaching - and that changes a lot of other things.

For example, it implies an obligation (as well as the ability) to evaluate the coach's practice and give feedback on that; likewise to focus on the coach's CPD; and to contract with the coach explicitly about both of those areas as a focus. Further, it implies a responsibility beyond the coach - for the welfare of the coach's clients, and for the reputation of the coaching profession.

In addition to these points that emerged from the cohort's discussion, I also learned a lot from reading the excellent book Reflective Practice in Supervision, by Hewson and Carroll. The authors point out that one of the key purposes of supervision is to help the practitioner to review and revise their practice framework.  A practice framework, they further explain is 'the complex network of theories, principles, roles and procedures that you draw on when acting in a particular situation.' More often than not (like the engine of a car) it is under the bonnet, as it were, and we don't attend to it. We merely drive (to push the analogy about as far as it will go) and it all works.

But to become better coaches, we need to look under the bonnet; to tune it up, replace components that no longer work etc. So the supervisor's job (inter alia) is to help the coach to make explicit all those implicit aspects of the work, to examine them, improve or replace them, and so on. This is the formative, or developmental, aspect of supervision.

That's not the only role, of course.  The supervisor has two other key functions. One is the normative function, which is about ethical and professional standards. This is actually an area to which I think I need to pay more attention in my supervision. The ethical aspect is one I am interested in and typically attend to: I love that kind of discussion. But professional standards, including things like checking a coach has appropriate insurance, discussing membership of appropriate professional bodies etc, is something I can easily forget to raise. The third function is restorative, which is about helping the coach to process and deal with the emotional weight of his or her coaching client relationships and the issues discussed. I am better at that one.

So plenty to think about as I move ahead (and there's a lot more, of course) and all of that I will continue to discuss with my supervisor: and that's the joy - there is no end to the learning. 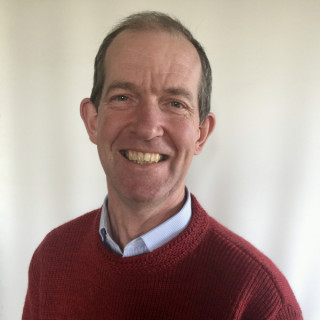 5 practical ways you can deliberately expand your Coaching Supervision skills and scope in 2021
Author: Nick Bolton