Broadcasting the benefits of Supervision

Without supervision, there is a danger that coaches feel isolated and under-valued

You’re an internal coach to a newly-appointed manager who keeps bursting into tears in sessions. She confides to you that her boss is giving her a hard time. You know colleagues who have had run-ins with this man in the past and in your opinion he’s a bit of a bully. Should you talk to HR about him?

A client you’ve been working with for some time around his displays of temper in the office has been asked to attend a disciplinary hearing because he swore at a team member. He asks you to go with him to the hearing as his advocate. As an internal coach, what should you do?

You are a new coach in your organisation and keen to make a good impression with your first client. You feel at the end of the first session that you’ve established a good rapport and a relaxed, informal atmosphere – in fact the client is treating you like an old friend. Then two days later he includes you in a distribution list of some lurid photos which breach company email policy. What are you going to do about it?

These are just a few of the dilemmas that internal coaches face as a result of being positioned within the client system. It can be a real challenge for the coach to stay non-judgemental and non-directive when they may be coaching around an organisational issue about which they have personal experience or strong opinions.

Coaches themselves know that demonstrating integrity is an essential element in working effectively, and without the trust of their clients they cannot create the conditions for growth and change. Where internal coaches are seen as blunt instruments of HR policy, without the professional maturity to balance the interests of organisational sponsor and individual client, the service falls into disrepute and internal coaches struggle to find clients willing to work with them.

How can supervisors support organisations in developing well-regarded internal coaching services based on sound ethical principles?

Dr Jonathan Passmore in an article for The Coaching Psychologist argues that supervision is essential for internal coaches to work ethically and that a fast response emergency service is important as well as regular developmental sessions. Yet a recent research study for the EMCC found that fewer than half of all internal coaches have one-to-one supervision and almost a fifth of internal coaches say they have faced ethical conflicts in group supervision because their clients are known to others in the group.

One organisation where supervision is a key element of the internal Coaching Network is the BBC. Here supervision developed from a desire to support new coaches during and after their training. In the early days it wasn’t called supervision, but the name, purpose and structure evolved over time in response to the changing needs of the Network, the coaches, the clients, the organisation and the coaching profession.

Now a group of trained internal supervisors offers four one-to-one sessions to all coaches and runs four shared learning groups each year. The model reflects the needs of the organisation by helping to keep the coaching space free of the coach’s world view and ensuring that Network protocols are actually being followed, as well as giving coaches somewhere to unhook from the individual impact of sessions and develop their thinking through discussion with a more experienced colleague.


AOCS member Alison Fletcher is an independent coach supervisor and she acts as the BBC’s external centre of excellence for supervision. In this capacity, she supports the internal supervisors in their practice, works with senior coaches preparing for accreditation with the Association for Coaching and the International Coach Federation, and provides supervision on issues where confidentiality is a particularly sensitive issue. She is a former senior manager and lead coach at the BBC, which gives her a knowledge of the organisation without being part of it, and having been an internal coach herself she understands the psychological implications of the dual role.

The importance of supervision in supporting internal coach performance is also recognised by international consultancy KPMG. KPMG uses qualified supervisors to run group supervision, and allows coaches to choose their own external supervisors but with guidelines around who is appropriate, with the emphasis on organisational experience. Supervision is seen as a basic performance cost for coaches and an annual allowance is set aside for each coach to pay for this.

Being an internal coach is often a lonely position and the requirement for confidentiality can mean that conversations which have had a profound emotional effect on the coach are hard to process. Without supervision, there is a danger that coaches feel isolated and under-valued, soaking up the problems of the organisation without a place to put them into perspective.

“An internal coach talked in a supervision session about how her manager didn’t value the fact that she was trained as a coach and resented the time she spent coaching clients from other departments. Now she was frustrated that an imminent restructure meant she wasn’t able to do as much coaching as she would like”, Alison recalls.

“I asked how she was spending her time and she told me that every day she was sought out by colleagues wanting to talk through how they planned their futures in the current uncertainty.

“I asked how what was enabling her to manage those conversations effectively and she realised she was using her coaching skills but in a different way. I encouraged her to acknowledge the value of what she was doing for the organisation and she went away with a renewed appreciation of how coaching had made her a more effective manager.

“Organisations with internal coaches have a fantastic resource at their disposal and by failing to support them properly they also fail to realise the benefits they can offer, particularly in times of challenge and uncertainty.”

Through AOCS, organisations can find appropriately qualified and experienced supervisors who are available to work with internal coaches on enhancing their ability to deliver powerful, effective and ethically sound coaching.

Alison Fletcher is an Adviser to AOCS 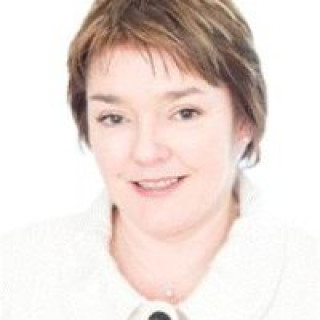