Eve Turner wanted to share with you the results of the recent Coaching at Work magazine annual awards. Quite a few GSN (Global Supervision Network) members were nominated and highly commended or won and we want to congratulate them all.

Winner: Anne Hathaway - for her work on Time To Think over many years.  Anne is co-leading the August 2018 session on Supervision and Time To Think.

Highly Commended: Jackee Holder for a range of work including around reflective writing and journalling and her work in diverse practice.  Jackee ran the January 2017 GSN session.

Winner: Louise Sheppard - for her work on supervisee-led supervision.  This formed a number of excellent articles for the magazine and was the basis of her February 2018 GSN sessions.

Highly commended: Eve Turner and Jonathan Passmore - for research (involving many GSN members) on ethics & supervision and development of their ethical decision-making model.

Nominees: Peter Welch - who co-founded and helps lead the Association of Coaching Supervisors which promotes supervision. He is also involved in a joint project with AC to develop ethical guidelines for supervisors, and Peter co-led a GSN session in June on this topic; he is co-editing a new supervision book with Jo Birch to be published by the EMCC later this summer.

Nominees: Louise Sheppard - for her work on research and supervision presented in part in February for the GSN.

Nominees: Michelle Lucas and Carol Whitaker - who have written two highly rated books on supervision.  Both very active, Michelle leads on supervision for the Association for Coaching and Carol presented the April 2018 GSN session with Angela Dunbar.  Together they have produced a report on how different kinds of supervision affect experience.

Many people will want to join is in congratulating Edna Murdoch, of the Coaching Supervision Academy, for being awarded the Lifetime Achievement Award for 2018.  She was also Highly Commended in the Supervision category.

Tim Dench of Euroclear – an AOCS organisation member, who led an integrated internal coaching and coach supervision initiative based on sound principles and high standards – like insisting that all internal coaches have regular and high-quality coaching supervision! Well done Tim.

See the full awards list of winners and nominees here. 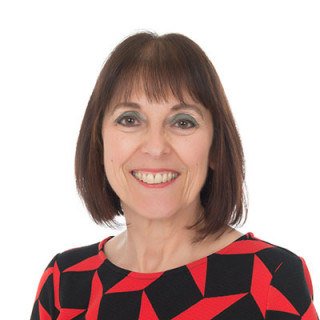