Does support from the top make a difference to the business?

“I knew we needed to start doing things differently if we were to achieve the change of attitude it would require to become more business orientated.  In the end it has all been a much easier journey than I expected” says Susan Gardner Craig, Head of HR at South Cambs. DC.

Th arrival of a new Chief Executive with very different views in the summer of 2010, provided Susan with the opportunity she needed to present her ideas on how to use coaching as a vehicle for this change of attitude.

The new Chief Executive (Jean Hunter) a trained coach herself, fully supported Susan in her efforts to bring coaching ito the Authority.

“Her coaching and support of me modelled exactly what we wanted to achieve i.e. empowered management who could be trusted to run with their ideas, as long as they had done their homework and assessed the risks.”

Susan knew something about coaching and had researched what other organisations had done but it wasn’t until she went on the EELGA Coaching in the Workplace programme that she says she really started to understand and appreciate how important this tool was going to be in bringing about change.

EELGA has been a great support to South Cambs. with their agenda of supporting Local Authorities in the East of England to become more effective in this very challenging environment.

Michelle Kirk at EELGA says she is a great fan of coaching. "Our remit as a Local Government Association is to support local authorities.... In this climate or Austerity and Budge cuts, there is less money around for training. Management is being challenged to do things differently- to focus on being productive and agile with senior managers often in roles that span a wider range of specialisms in which they are not technical experts.  Coaching is an obvious approach that produces results. We introduced the idea of coaching to support culture change at our Regional Conference in 2012 and engaged with Jane Cox to develop a programme to train internal coaches who would become champions for coaching within their authorities.  These Coaching Champions would form the core of our Regional Coaching Pool – set up to offer coaching by trained and professional coaches at moderate cost throughout the whole of the East of England."

The first programme was a great success quote enabling Susan and her colleagues on the programme (all HR professionals) to go on to promote coaching in their own organisations.

Susan’s next step at SCDC was to start coaching herself. One of her first coachees was Phil Bird who very soon became a strong supporter and advocate of coaching. quote

“Well it worked so well for me that I want others to benefit as I have..  I was at a crossroads and Susan helped me to work out how to make changes that would have a big impact on my career. If I could do this, then anyone can with the right support, so I wanted to help the do it”

Having had a taste of coaching on the Leadership Programme, Phil went on to train as an internal coach himself – again with Jane Cox on the EELGA ILM Endorsed programme. ”It’s the best thing I ever did” he said.

Phil and his colleagues from the programme meet regularly for supervision sessions with Jane to share experiences and continue their development as coaches.

How do they know it is working?

Coaching has definitely helped managers to avoid costly disciplinaries by providing them with a safe, confidential space in which to talk through how to deal with a difficult team member or issue.

Managers are having conversations about coaching in PDRs and coaching is definitely not seen as a soft option. On the contrary, it is seen as a way of helping people to perform better in their jobs, which of course has clear business benefits for their organisations.

Coaching has had an impact on people’s personal awareness and their respect for others – with the result that managers are more empowered and enabling of their teams.

Michelle Kirk adds that they see management becoming more agile. Authorities report less blame within their cultures, and statistics show lower sickness absence and turn over of staff. Can this all be put down to coaching? Maybe not entirely but it's definitely a strong contributory factor.

The timing was right and the environment was ripe for an intervention that would help people embrace the change in culture that would be needed to deliver the business changes ahead.

It started at the top in South Cambs, with the Chief Exec. providing a role model, there was a strong champion in the HoHR and there are enthusiastic people within the business who want to coach because of the benefits they have experienced from being coached themselves.

SCDC now runs in a more business-like way. Staff have the skills and confidence to get involved in business improvement schemes as part of cross service teams.

In short – partnership is a fact of life.  There is still much to do – but they are well on their way. 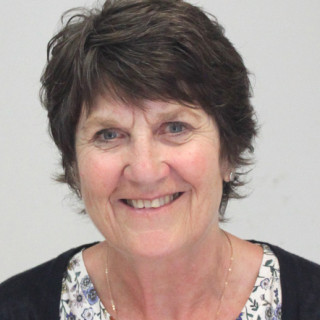