Coaching is a purposeful conversation that requires structure to shape it and give it trajectory. This is the value of coaching constructs such as the GROW model, and which I think remains the best due to its simplicity and elegant form. The GROW model has been around for well over 30 years, and its creation is usually attributed to three coaches - Graham Alexander, Alan Fine, and Sir John Whitmore. The GROW model is commonly taught on most coaching training programmes today and thousands of managers and coaches use it when coaching.

A basic appreciation and application of the GROW model will facilitate a coaching conversation at a basic level, and most managers don’t get past this stage, nor in many cases do they need to. A deeper level of competence is needed for those managers who embrace coaching and what it can offer in performance terms, and for individuals aiming to be professional coaches. This deeper integration of GROW and structure into unconscious competence may take months or even years to acquire. On the journey to coaching excellence, whilst this integration is essential, it is only the beginning of the coach’s journey. What is the destination of this journey? Is it ‘mastery’? If so what does ‘mastery’ actually mean in this context?

Mastery – all or nothing?

Daniel Levitin, the author and neuroscientist, states that around 10,000 hours of quality practice are required to achieve the level of mastery associated with being a world-class expert in anything. This is equivalent to three hours of quality practice every day for ten years to achieve the level of ‘master’. Once someone has achieved this level, I think they begin to exhibit self-integrated fluidity. This is above and beyond technical competence and skill, beyond doubt, beyond fear, beyond thinking even. It is the domain of total awareness in the present moment, complete focus and uninterrupted flow from their inner world (being/mental state) to their outer world (doing/actions).

Years ago I practised karate at the Judokan Club in London. It was owned and run by Percy Sekine, a 6th Dan judo master who was never beaten in competition, despite being short and weighing less than ten stone. At nearly sixty years old, he employed younger instructors while he looked on with a charming smile on his face and whisky glass in hand. One evening, the instructor for the senior black belt class didn’t turn up and Sekine reluctantly changed into his gi to run the class himself. It is the the only time I have ever see the white and red belt of the judo master, worn only by 6th Dan and above. A small crowd gathered in the viewing gallery to watch Sekine train with the eight tall, beefy 2nd and 3rd dan black belts none older than 35, now waiting for him in the dojo.

The session lasted an hour and at the end of which time eight sweating, bruised and exhausted dans bowed and left the dojo.  Sekine walked out as though he had just popped out for some milk. He wasn’t even perspiring. The ease, simplicity and grace with which Sekine had effortlessly hurled eight men half his age around the dojo had been breathtaking, demonstrating the self-integrated fluidity of the true master.

I have often thought about how Sekine’s physical mastery might translate into the more cerebral world of coaching mastery and there are I think some of common themes:

This might sound rather philosophical yet I believe mastery does involve the capacity to live like this. In a recent and ongoing series of papers entitled The Coach’s Journey Towards Mastery, the authors Ian Saunders and Ray Charlton eloquently set out, amongst other things, the four key elements of coaching mastery which they list as:

(They also usefully draw out the four coaching themes of Contracting – Specialist/Generalist – Toolkit – Reflection/Supervision). These elements as Saunders and Charlton describe them match well my own view that mastery in coaching is a personal journey of discovery that never ends, not a final destination. A master is not someone who considers themselves an expert, but rather a proficient and effective learner, discovering ever deeper insights about themselves and their craft.

This implies another essential state of mind for mastery – that of humility. By humility, I do not mean being humble, self effacing or lowering oneself in the face of others, but rather, to quote Wikipaedia: ‘having a clear perspective and respect for one's place in context’. There is always more to discover and learn, and this requires the keeping of a beginner’s mind of inquiry. Great knowledge and expertise is often accompanied by the hubris of being a know-it-all and thinking oneself cleverer or more capable than another. This is not the mindset of the effective coach, nor is it of the self-reflective learner who is ever open to personal inquiry and new ideas. It is the fixed mindset that Carol Dweck so elegantly describes in her book Mindset that traps and limits us and it is the growth mindset that liberates us to explore and reflect ever deeper.

Mastery is this journey of discovery that reveals new insights to us as we inquire deeper and deeper into what we are and how we express ourselves in our lives. It brings us closer to understanding our true nature and to the nature of reality.

We shall not cease from exploration, and the end of all our exploring will be to arrive where we started and know the place for the first time. 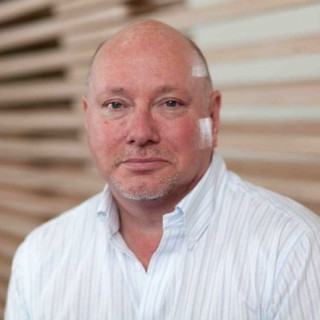