Is it ethical for supervisors not to bring whiteness into the room?

Commenting on the parallel process in supervision  is commonplace, yet as supervisors, do we comment on other unconscious processes for instance, seeing a situation through a ‘white’ lens and our own whiteness?

Perhaps there are supervisors and supervision where this is a major topic – let’s hope so. For those of us who have experienced silence in this area or a discomfort in raising it, I am curious about its absence. Might it be seen as too political or perhaps it is the territory of judgement thus excluded from the supervision space?

Take the situation of the NHS coach whose coachee is a nurse on the intensive care unit (ITU). She describes the nurse’s dilemma who said: ‘I am feeling so exhausted and stressed, three  of my family have died of Covid and now, even though, it has been drilled into me that I must only ever look after one patient at a time, I was asked to nurse two patients today simultaneously. This has happened quite a few time. It goes against my professionalism and against what I believe in. I don’t know whether to refuse and possibly have to leave. If I do, I  have to face my guilt of letting the other staff down, and the financial burden of being out of work, or should I just carry on and comply?’ This was a challenging session for the coach and she brings the supervision question ‘did I do the right thing by just listening and saying very little?’

One obvious approach on this occasion is to use the Hawkins and Shohet (2012) seven-eyed model. https://www.karnacbooks.com/product/supervision-in-the-helping-professions-fourth-edition/33091/  The supervisor is likely to ask about the coachee and her context and how she presented in the session. In line with the coach’s supervision question, the supervisor could focus on mode 2 of the model ‘the coach’s interventions’ and seek to gain more data on the meaning of the intervention ‘just listening’. The stance of listening has many connotations, this could be listening and being utterly present through holding, an appropriate role for the coach. It could be generative listening and allowing an examination of her dilemma or it might have been a frozen listening due to the content and a sense of being ‘lost for words’.

Had it been generative listening the supervisor might introduce the concept of ‘moral injury’ https://www.ptsd.va.gov/professional/treat/cooccurring/moral_injury.asp whereby the coachee had acted against her beliefs and felt let down by the organisation and now feels she has to act in line with them. By turning the focus on the organisation, recognition of the system comes in and could be explored through the seventh eye mode 7, the wider context. All are possible avenues of exploration.

Looking back at the coachee’s quote, one avenue for the supervisor is to comment on their curiosity about the nurse saying that three of her family had died of Covid, what might be the source or the implications of that piece of data? Whilst it is important to acknowledge the issue of grief and this obvious source of distress, might there be other factors to reflect on as a source? Given that the nurse has had three people in their family die of Covid might this lead to a supervisor’s question about the nurse’s racial identity and, the racial identity of the coach. Assuming in this scenario the coachee is a person of colour and the coach is white, there may be a sense this terrain is too sensitive.

On the other hand, assuming the  supervisor does introduce a reflection on race and the conversation turns to the overrepresentation of the number of black and brown people having died of Covid, might it explore institutional racism and, as a nurse and black person, what might be the impact on the nurse? Or is there a felt sense by both people that  supervision needs to stay in the safe terrain as they both reflect on the enormity of the issue for black people, leaving it there?

We can never predict where the conversation will go, however through this exploration, it may emerge that the black nurse did mention that she was the only person (and the only black person) on that shift that was asked to nurse more than one patient at a time. Given that all the other nurses were white does this then shine a light on possible racism; was it noticed and worked on by the coach? It’s back to the nature of the listening stance and the incisive questions that might arise during the session.

Working on the assumption that the issue of race and colour did not arise during the coaching session, should attention have been drawn to it by the supervisor?

I can hear many supervisors saying ‘it depends on the contract agreed between the supervisor and the supervisee’? let us say that that the supervisor had made it overt that their lens is one of sensitivity to issues of discrimination then this gives permission to them to raise it perhaps dialogically. This might lead to a discussion on the impact on black and brown people of the high number of deaths from Covid both at a personal and a systemic level or perhaps even a discussion on the power and racial dynamics within health care settings.

Had the supervisor not contracted in this way, might there be an ethical issue of not raising the matter of the colour of the people involved in this situation?

Turning this discussion back to that of ethics, Carroll and Shaw (2013) in their book on ‘Ethical Maturity in the Helping Professions’ note that ethical maturity requires us to consider the contextual issues, the context in this instance being a health service that is comprised of a global population of staff where we can’t not notice difference; Carroll and Shaw’s view is that here ‘impartiality is seen as a sham, a fanciful illusion’ (2013.68)

Given that the majority of the larger global coaching membership organisations have signed up to the Global Code of Ethics 2018 https://www.associationforcoaching.com/page/AboutCodeEthics noticing what it says their section on recognising equality and diversity states, might act as a useful ethical compass.

‘Members will be cognisant of the potential for unconscious bias and seek to ensure that they take a respectful and inclusive approach, which embraces and explores individual difference’ and  ‘Members will challenge in a supportive way any colleagues, employees, service providers, clients or participants who are perceived to be using discriminatory behaviour’.

Often discriminatory behaviour is enacted through seeing the world through a ‘white’ lens and discrimination, often unwitting, goes unacknowledged and unrecognised. We need to consider whether it is discriminatory and not ethical to omit making the issue of possible racism figural within supervision?

This does take us back to the purpose of coaching supervision. Whilst Bachkirova(2008),  Hawkins and Smith (2006) and Carroll (2007) are the definitions often quoted, Arnold (2014.1) is the only definition that specifically mentions ethics:  ‘supervision is a reflective place… that enhances ethical awareness.’, Surely raising the issue of race and the process of whiteness, power dynamics and systemic racism is all part of the process of enhancing ethical awareness and part of supervision? 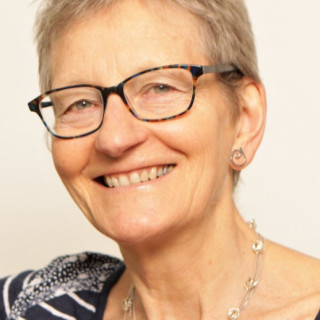