Endings in a Time of Crisis

We are in such a rush sometimes to move into new things that we fail to see that we have not ended what has gone previously.

We do this as managers, when we are ready to change but then are puzzled when others around us start to drag their feet.

As William Bridges says in Managing Transitions: “Before we can find a new something we must deal with a time of nothingness.” Or, to quote Steven Covey, “Start with the end in mind”, although he probably didn’t mean the one in the past!

Letting go of our old lives, no matter how unsatisfying they are at times, can be difficult.

Bridges talked about the five aspects of a natural ending:

Throughout history themes of disengagement as a life ritual pop up, for example, initiation ceremonies where people are separated from their families. In the modern world, we can be willingly or unwillingly disengaged from activities, relationships, settings and roles that have been important to us. e.g. redundancy. During the coronavirus crisis, many of these things were taken away from us. Many people reported finding many positive things about lockdown as if it had been a gift in disguise.

Often, we hear this from people made redundant or surviving cancer, that which they would not have volunteered for. However, when they are in the midst of it, often it doesn’t feel like a gift… that may come later. This can often be seen in a divorce where one person may make the decision to leave which then allows the other to confront what was obvious all along; that the relationship was not working. It takes an opportunity to disengage before you can see what was right in front of you. You also have to get to that mind-shift yourself – no one can tell you!

If something is still working on the surface, it is difficult to imagine any viable alternative until you are forced to by circumstance.

“Disengagement” can only go so far in creating an ending. Pieces of an old way of life have to be taken apart piece by piece in “Dismantling”.

The Kubler Ross Grief Curve talks a lot about the emotional dismantling we do when bereaved, but we also need to do it cognitively as well. So – if going through a divorce you may have to get used to saying; “I” and not “we”, or after a merger at work using the new system and the new company name.

Bridges uses a lovely metaphor of remodeling a house. We have to destroy the old bits of the house and then there is a stage when it isn’t the old one, but it isn’t the new one either! And as builders always tell you, it takes more time and money to remodel something rather than building from scratch.

This is about your identity, often as a person or a role in the workplace. When you ask people, “Who are you?”, their self-concept is often wrapped up in labels such as ‘wife’, ‘mother’, ‘accountant’, ‘daughter’, etc. Al Seibert in Resilience Advantage says this makes people vulnerable during change: Who are you once your children have flown the nest? Who are you if you lose your job… or even your spouse? People sometimes resist by changing their appearance or their name as a way of gaining a new identity. In a previous blog, Dressing Down Your Client, how someone identifies themselves with a role can be greater than you imagine; the old identity stands in the way of transition, says Bridges.

How do we let go of the old identity in order to move to a new one?

To look at the stage of “Disenchantment” we need to think about ‘enchantment’. We can become enchanted or stuck with our perception/image or story about how things are and how they are meant to be, e.g. people of a certain pay grade should certain offices or areas or their chairs. Often this is a perception that is rarely challenged — “Who says they should?” — and can leave people adrift without rules or certainties. Changing the story requires letting go of unwritten rules.

However, our lives are littered with disenchantments about things that we ‘believed in’ —lovers, friends, new careers — that turned out to be not what we thought or wanted. We forget that to develop and grow in life it’s not just about adding to previous wisdom; sometimes there has to be loss first.

Disenchantment is a good sign that we are moving towards transition, which is a process, whereas change happens in an instant. It is a sign to reflect and go below the surface and if you are not able to do this, then no one learning will occur; you will become disillusioned instead and maybe doomed to repeat the same mistakes with a new partner, new friend, new job.

When we feel disorientated, we may feel we don’t know which way is up or down. It is recognisable to most of us when we feel lost, confused, (discombobulated in modern parlance). To quote Bridges: “One of the first and most serious casualties of Disorientation is likely to be our sense of (and plans for) the future.”

A coachee once told me how disenchanted she became after going through a job evaluation process which did not remove any pay but placed her further down the hierarchy after 30 years in the company. She went from being a high performing, motivated employee to someone who had no interest in previous goals and plans and was slowly slipping into a form of depression, to the consternation of her managers.

We may try to frame this stage in a positive way, “It’s character-building”, but it’s not meant to feel comfortable. This discomfort is meant to be meaningful but not enjoyable. It is a time of emptiness. In a historical context, it is being sent out into the wilderness away from the tribe as part of a ritual. It feels foggy, unclear, a dead or non-world, ‘not normal’. This creates a fear of the emptiness that Disorientation can engender.

If we rush this change, we risk going back to something that wasn’t working or had outlived its purpose.

It is extremely hard for all of us to float around in this sea of nothingness without fighting the urge to get out. It has been said many people who drown would have survived if they had not fought or thrashed about in the situation but floated on their backs. The problem is how to override the natural reaction of our threat response to, “Do something… anything.”?

Ultimately, the reason we resist endings is that this time of nothingness and uncertainty also reminds us of our fears and fantasises about abandonment and death. The real ending. 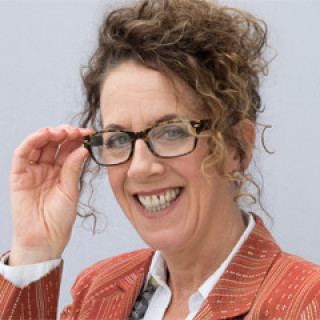 What a year 2022 has been for AOCS!
Author: AOCS Editor